This Vintage Rolls Royce Silver Wraith has a “Toilet” installed in it.

An American inventor-industrialist  from New Jersey, Joseph Mascuch (pronounced MaShoo), had a toilet installed in his Vignale bodied Rolls Royce Silver Wraith in 1954. (His house, which Mascuch described as “a combination Taj Mahal and a Roman villa”, featured a giant circular bed that revolved on a turntable.)

Yes, it is a real toilet. No, the explanation that he only used it to store iced champagne is not true. And it did not have a pump and a holding tank. He had the toilet plumbed to dump right onto the roadway through a hole cut in the floorboards.

The car also had a built-in television set so Masuch could watch Milton Berle or perhaps the Howdy Doody Show while sitting on the toilet. The Rolls Royce had a fully functional rear seat that could be lifted from the center to reveal the toilet. 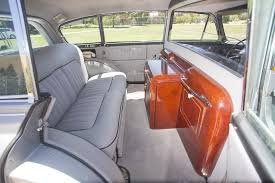 You can have as many opinions about what the guy did was right or wrong, but we cant debate that the Silver Wraith was an iconic beauty.

Tags:Rolls-RoyceSilver WraithVintage Cars
Share on FacebookShare on Twitter
the authorJuan Manuel
Track racing, competing, it's in my blood. It's part of me, it's part of my life; I have been doing it all my life and it stands out above everything else.
All posts byJuan Manuel